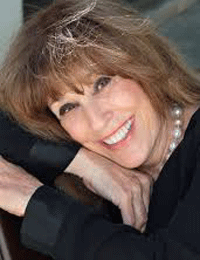 Denise Alexander played the character Dr. Leslie Weber on “General Hospital”, a popular daytime television drama during the 1970s and 1980s.  Denise was the driving force to produce a movie about Fusia’s, Helena’s and Max’s experience.

Having reached-out to the family in the early 1980s, Stefi imposed non-negotiable restrictions on any movie adaptation – the most important being that her story was not a love story, but rather a story of humanity and that’s how it must be portrayed.  It took 10 years for the film industry’s appetite to be more favorable to Holocaust stories, particularly after the release of “Schindler’s List”, for the “Hidden In Silence” to be made.   Denise pulled-together the right team at the right time and made it happen.

To Denise Alexander, the Burzminski Family will  always be deeply grateful for memorializing Fusia’s story.