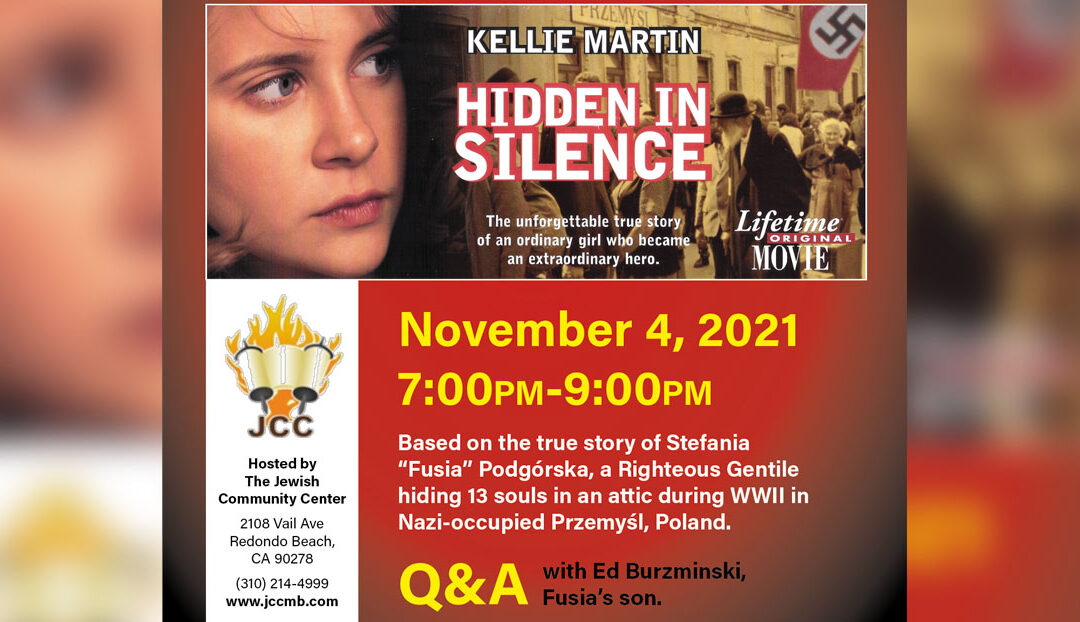 The Jewish Community Center in Redondo Beach CA screened the movie “Hidden In Silence”, the story of teenage Stefania “Fusia” Podgorska along with her adolescent sister Helena who together rescued thirteen Jews from the Nazis by hiding them in an attic for nearly two years. Rabbi Zalman Gordon invited Ed Burzminski to speak afterwards about his parents. Ed spoke about his parents’ experiences during WWII, his aunt Helena’s experience remaining in Poland, the making of the movie, his father Max Diamant’s (later Josef Burzminski) experience from the perspective of the rescued, the PTSD his mother endured, and her ultimate slide into dementia.

Questions for the audience were genuinely inquisitive, wanting to know about how people were fed, how they made money to pay for things, among many other thoughtful questions.

Many thanks to Rabbi Zalman Gordon for sharing this story of compassion, tolerance and courage with members of the Jewish Community Center.