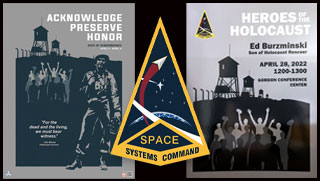 It was an honor and a privilege to share Fusia, Helena, Max’s story with hundreds of base personnel at Space Command Los Angeles AFB, Vandenberg AFB in California and Patrick AFB in Florida.  Base commander Betsy Beets was blown away, saying “I was not expecting that”. 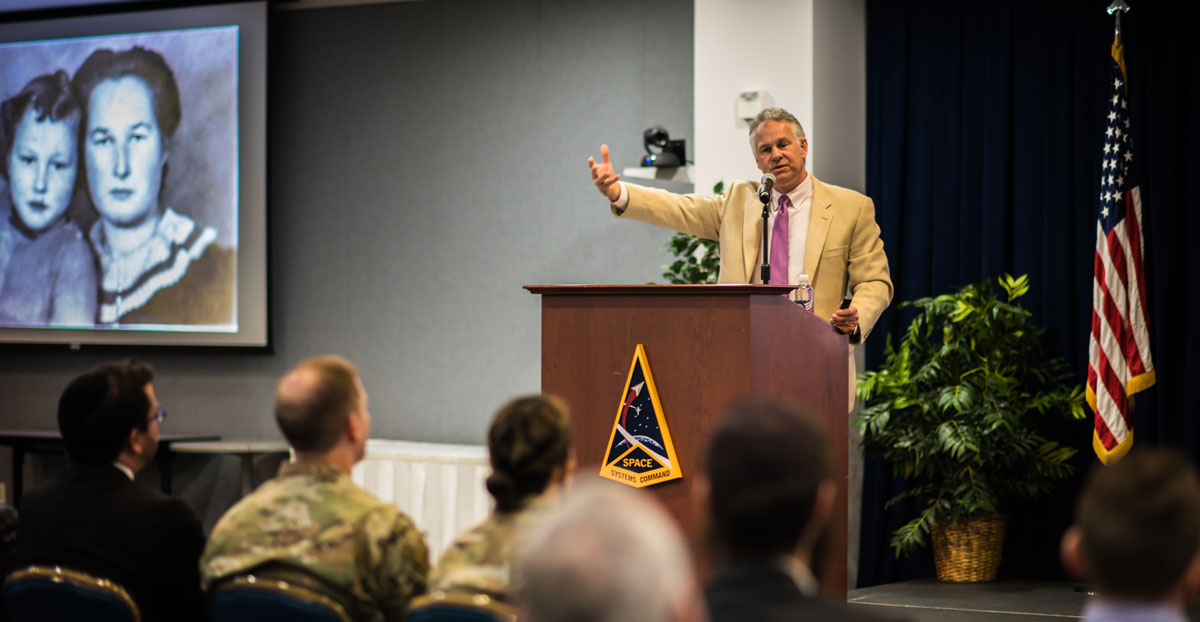 Mia Burzminski, Ed Burzminski’s daughter, shared how she connects with her grandparents’ story. How she feels empowered as a woman, and how Fusia’s story is an example that everyone matters, everyone one makes a difference. At 17, Mia is the same age that Fusia was when she hid in 13 people.

Mia expressed how this must also be an empowering story to women and young girls. Women who feel isolated or weaker than their male counterparts, whether it be in a male-dominated career like the military, and to women worldwide. Stefania and Helena’s story is timeless, because it reinforces the undeniable power that women possess, and that no woman, no matter how young, is incapable of greatness.

Thank you to Steven Lackner of United States Space Force for arranging the presentation.  Thank you to the United State military for remembering and commemorating the Holocaust.  And special thank you to Rabbi Zalman Gordon of the South Bay Jewish Community Center in Redondo Beach, CA for making the connection.