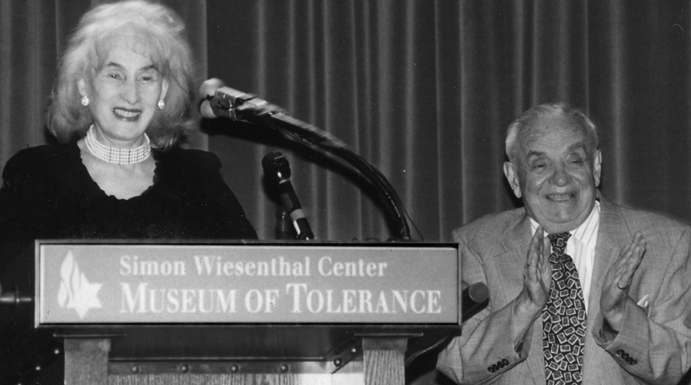 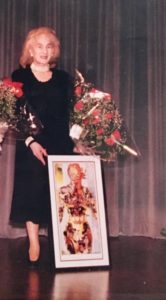 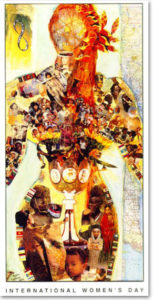 In 1995, Stefi was recognized in Los Angeles by Women’s Day USA and its founder Beata Pozniak, a Polish born screen and television actress.  In attendance were Ido Aharoni, Consul General of Israel, the Consul General of Finland, among others.  Beata presented Stefi with an original painting as symbol of Women’s Day depicting a community of all races of the world in a female form. It evokes the achievements of women through their struggle for peace and equality in the face of discrimination and war.