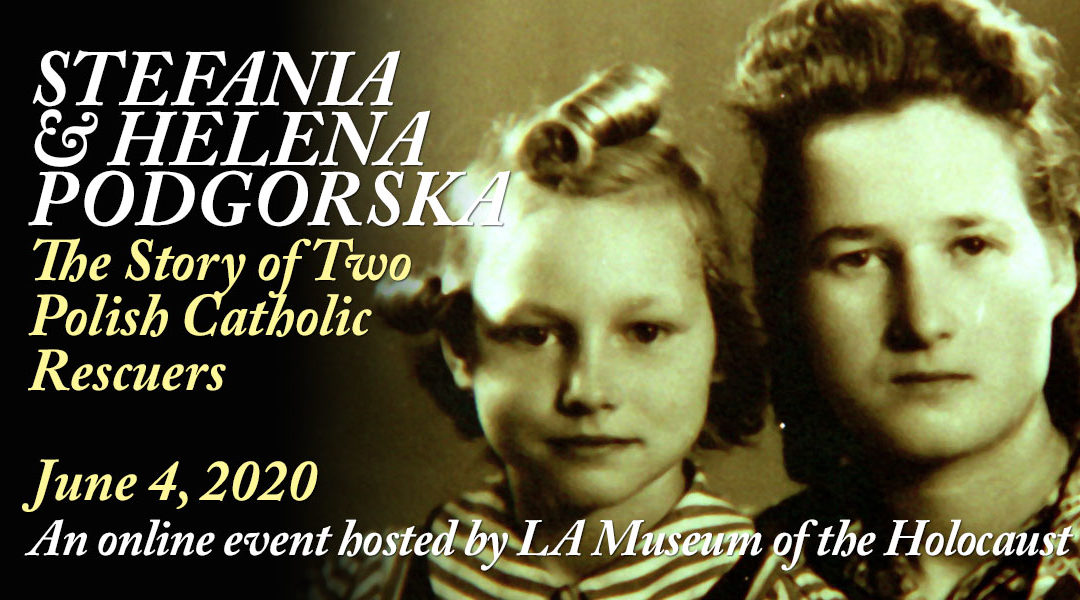 Courage and Conscience: The Story of Polish Catholic Rescuers Stefania and Helena Podgórska

In Nazi-occupied Przemyśl, Poland, two Catholic girls rescued 13 Jews by hiding them in an attic for nearly two years. With unshakable courage, 16-year-old Stefania Podgórska and eight-year-old Helena Podgórska chose humanity over hate, even while their own lives hung in the balance.

Stefania and Helena Podgórska were named Righteous Among the Nations by Yad Vashem in 1979, and their heroism has been widely recognized. In 1993, Stefania gave a speech alongside then-President Bill Clinton and other dignitaries at the dedication of the United States Memorial Holocaust Museum. The story is the subject of a 1996 television movie titled Hidden in Silence and a 2020 novel titled The Light in Hidden Places.

Join us for a conversation about the legacy of the Podgórska sisters with Stefania’s children, Ed Burzminski and Krystyna Diamant.